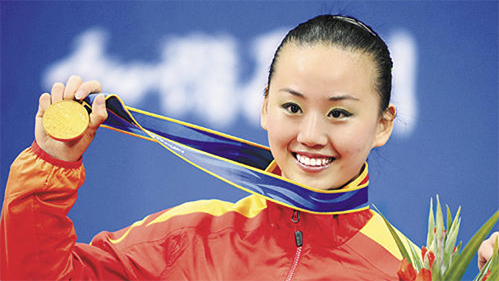 Martial Arts, one of the great treasures of China’s traditional culture, was rooted in splendid traditional Chinese culture for thousands of years. It has long been recognized as cultural symbol of China across the world. Founded in 2001, the martial arts team of LZU(Lanzhou University) has recruited over 90 players by now and more than 50 of whom were qualified as martial masters, the highest level for martial arts athletes in China. Martial arts team of LZU won 455 medals from 2002 to 2018, and among them, 219 are gold medals, 144 are silver medals, and 92 are bronze medals. Meanwhile, the team has won the world champion 9 times and the intercontinental champion 4 times. Moreover, the team also has won champions in the National Sports Games of College Students and China College Students Martial Arts Tournament for many times. In the 29th National College Sports Games held in Taiwan in 2017, Li Mengnan (student from the LZU School of Management), a player of martial arts team of LZU, won two gold medals in the match of men’s Northern boxing, sabreplay and cudgel play, brought great fame to LZU even China, and led the sports career of both LZU and Chian into a new level. The LZU martial arts team has been awarded the Outstanding Contribution Awards by the Federation of University Sports of China (FUSC), which became a symbol of LZU sports career.