Brief Introduction to the Graduate School of LZU

The faculty also include 19 awardees of the China National Funds for Distinguished Young Scientists, 12 national candidates for the “Millions of Talents Program,” six leading scientific and technological talents listed in the “Innovative Talent Promotion Plan,” and four awardees of the “Excellent Teaching Award of Higher Education” of MOE.

LZU boasts a complete range of disciplines with distinctive characteristics. It now covers 12 mother-disciplines, 23 1st-level doctoral disciplines, 45 1st-level master's disciplines, one category of the doctoral degree, 18 categories of the master’s degree, and 19 post-doctoral research stations. During the third round of disciplinary assessment conducted by MOE in 2012, six disciplines of LZU entered China’s top 10, with grassland science ranking the first in the country. Eleven disciplines also joined the top 30% in the ranking. In March 2016, 12 of LZU’s disciplines entered the top 1% of ESI globally, among which chemical science was included in the first one-thousandth of ESI globally. In 2017, in the fourth round of national assessment, the first-level discipline of grassland science was rated A+, and the ecology was rated A.

LZU adheres to the core value of comprehensively improving the quality of high-level education and strives to create an academic atmosphere that advocates excellence and innovation. By launching the LZU Scholars’ Forum and the annual postgraduate academic forum, LZU succeeded in building a platform stimulating academic exchange, innovation, and inspiration. Such an academic environment has boosted LZU’s ranking among Chinese universities regarding “innovative postgraduate research.” 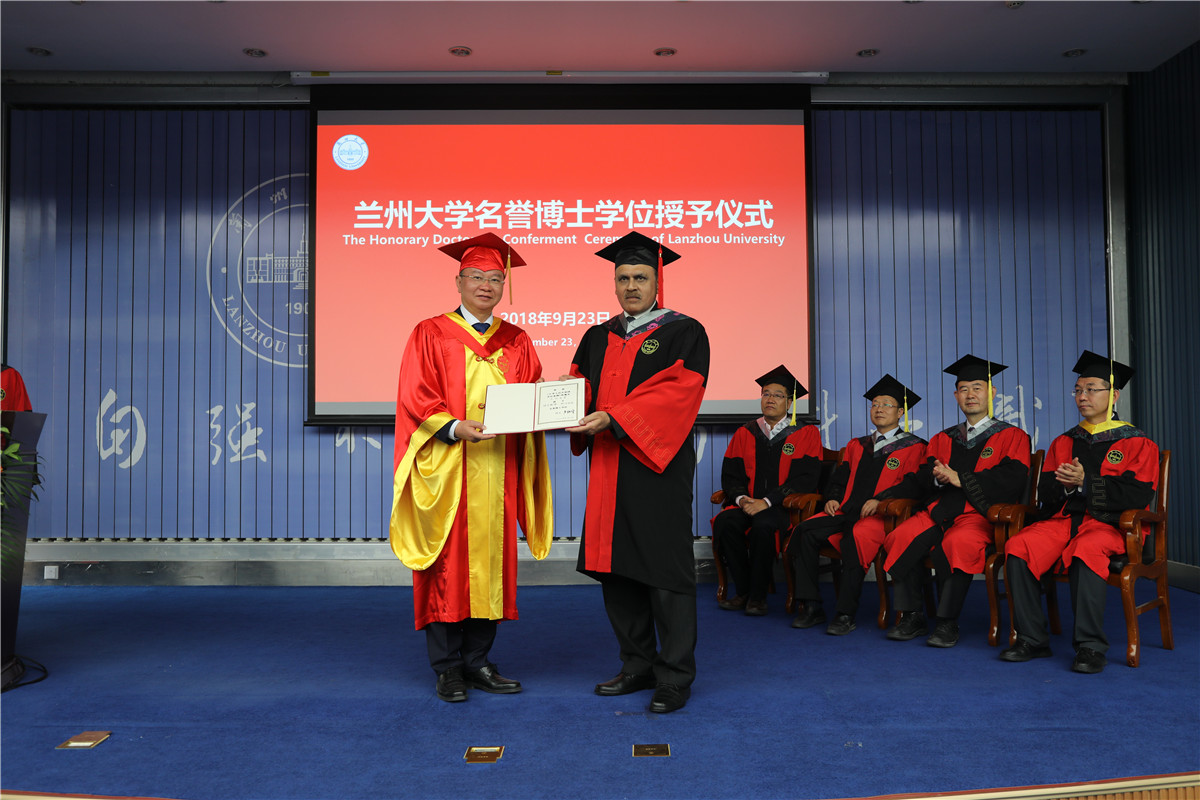 LZU encourages international exchanges and cooperation. It has established academic exchanges with 147 universities and research institutions in 34 countries and regions, including the United States, Japan, United Kingdom, France, Canada, Germany, and Australia. More than 1,300 foreign experts and scholars have been invited for academic visits and lectures. LZU also sets up special funds to encourage and fund outstanding postgraduate students to attend high-level international academic conferences and short-term international workshops, to broaden their global vision and improve the portfolio of postgraduate education.

LZU is exceptionally concerned about the quality of postgraduate supervision and evaluation of results. Via exploration and practice, it has improved the quality and management of postgraduate education, standardized the training process of degree graduates, and strengthened its self-assessment of degree authorization.

In a word, LZU’s postgraduate education have achieved remarkable results. Standing at a new historical starting point, LZU is ready to reinforce its postgraduate education on its way to building itself into a first-class university with first-class disciplines. It will uphold its motto, “To strive unremittingly, to stand out.” Driven by its commitment to the community and the society, LZU will devote itself to the improvement of postgraduate educational quality, to the intensification of reform, and the advancement of innovation for a shared future for all.