A torrent of knowledge 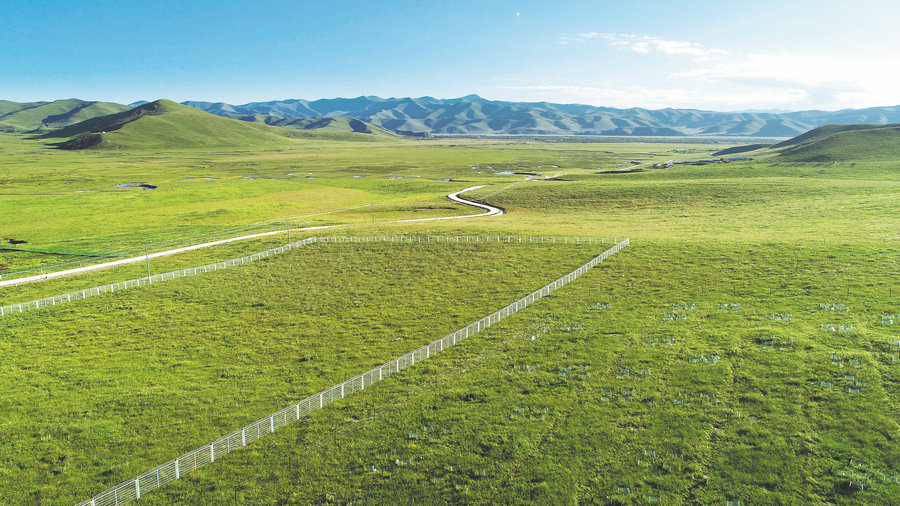 Research teams from Lanzhou are unlocking the mysteries of the Yellow River's past and trying to understand how to protect the mighty waterway and its environs in the future, report Li Yingxue in Beijing and Ma Jingna in Gansu province.

The Yellow River, known in China as the "mother river", is the artery that pumped life into the earliest vestiges of Chinese civilization. As such, the waterway and its environs hold a special interest to historians and archaeologists, especially those looking to answer the big question: When did the modern Yellow River, the sixth-longest river in the world, form?

Well, boffins at Lanzhou University think they have the answer, publishing an article in the August edition of Science Bulletin stating that the final integration of the modern Yellow River occurred at about 1.25 million years ago.

Professor Nie Junsheng, a member of the geomorphic evolution and Cenozoic environment research team, explains that their current understanding is that the Yellow River probably did not exist 3.7 million years ago.

They did this by drilling a deep hole into the ground at Sanmen Gorge in Henan province, where they extracted a long core of earth and sediment. By examining the many layers of different material, they were able to piece together a timeline of the mighty mother river's evolution.

Besides this investigation into its formation and development, a batch of scholars from the university are also conducting multidisciplinary research in many other fields pertaining to the Yellow River.

Nie has compared the geochemical characteristics of the sediment in different parts of the Yellow River from the past 1.5 million years in detail and found that the sediment in the upper, middle and lower reaches all came from different sources. 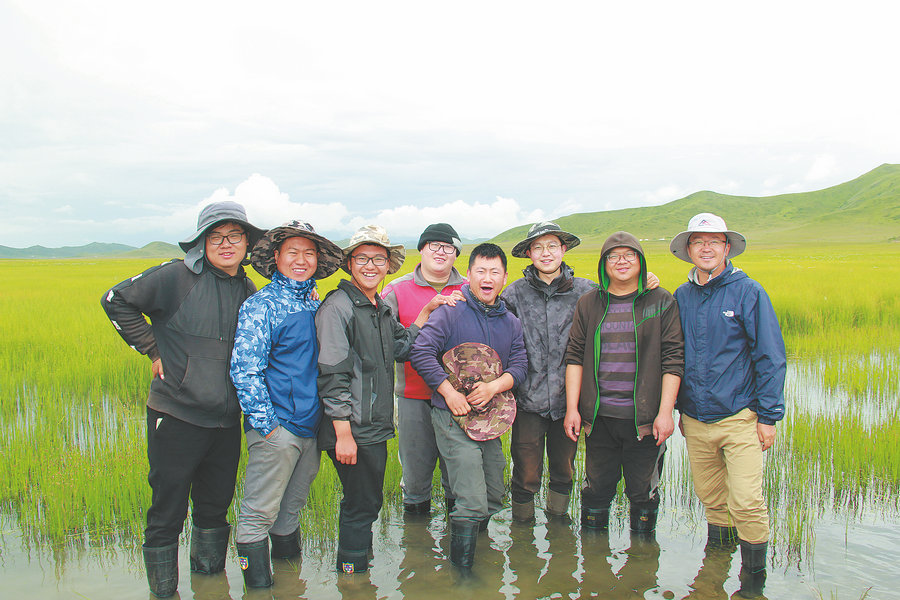 "Previously many people thought that the Yellow River pushed sediment directly downstream and into the sea after flowing from the Qinghai-Tibet Plateau. However, the results of our research provided a different picture," Nie says.

In order to control the sediment of the Yellow River, people need to know where it comes from. Nie says that the team will communicate and cooperate with the waterway's authorities to provide relevant advice pertaining to the management of sediment in the river.

This month, the faculty and students of Lanzhou University's alpine grassland ecology research team are about to finish their work at Gansu Gannan grassland ecosystem field scientific observatory, which is located in the eastern part of the Qinghai-Tibet Plateau in Gansu province.

Their work at the facility started in March and, over the past seven months they have carried out multiple tasks, including seed rain collection and identification in alpine meadows and swampy wetlands, as well as species identification.

According to professor Du Guozhen, a member of the team, the water recharge capacity of the alpine grassland in Gannan accounts for 48 to 50 percent of the total runoff of the Yellow River in the region.

"It has some of the highest quality natural grassland in Asia, which makes it an alpine meadow ecosystem with the highest primary productivity and species diversity on the entire Qinghai-Tibet Plateau," Du says.

"The Yellow River, along with several other great rivers, originates from the Qinghai-Tibet Plateau, so its ecological advantages are extremely important to our country," he says.

The degradation of alpine meadows and wetlands in the region will have serious consequences, including affecting the water recharge function of the upper reaches of the Yellow River and the ecological security of the waterway's middle and lower reaches.

To guard against that, and restore areas where degradation has already occurred, Du and his team have been working on theoretical and restorative ecology in the region, which has some extreme natural conditions and an altitude of nearly 4,000 meters.

Du's team has been committed to building innovative technical systems, as well as conservation and utilization models that are applicable to the restoration of vegetation in the Qinghai-Tibet Plateau ecosystem.

"Gannan grassland is severely degraded after grazing, and virulent weeds are rampant, but I am not in favor of using herbicides," he says.

According to Du, by increasing the plant coverage to 80 to 90 percent, natural suppression of toxic weeds can be achieved, which allows good forage grasses to multiply.

From analyzing the composition and nutrients of soil samples to observing and recording the growing process of various plants, as well as studying different responses of plants to their environment as the seasons change, Du says that it would be difficult to conduct ecological research on the grasslands without an observatory.

Soil and water conservation on the Loess Plateau is also an important element of ecological protection and high-quality development of the Yellow River basin. 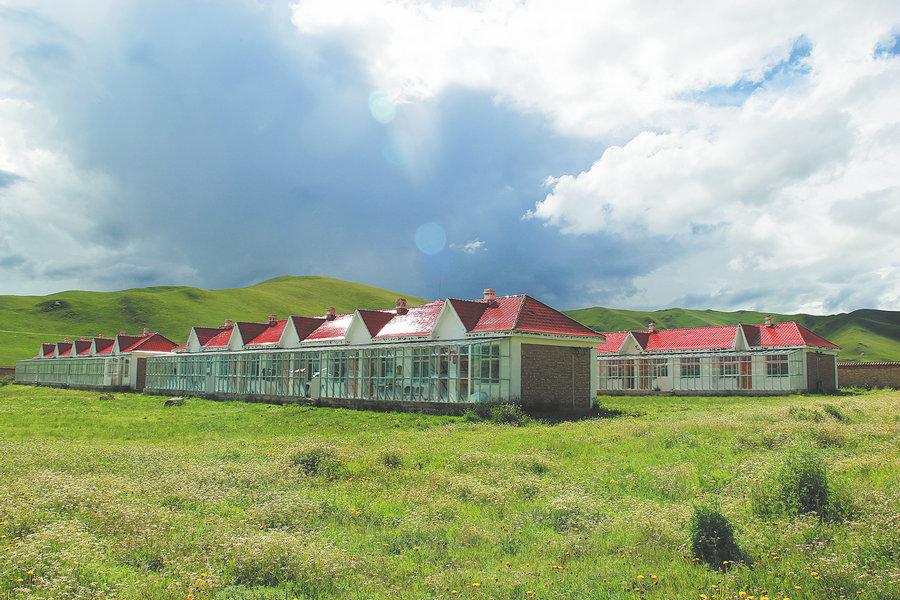 The Gansu Gannan grassland ecosystem observatory, located in the east of the Qinghai-Tibet Plateau in Gansu province. [Photo provided to China Daily]

In 2019, Lanzhou University inaugurated the institute for green development of the Yellow River basin, which is dedicated to ecological and environmental protection of the region and deeply involved in soil and water conservation and pollution management in the middle reaches of the river.

According to Tian Lei, a researcher at the institution, the Loess Plateau has long lacked vegetation protection, the ecological environment in the area is fragile, the soil is loose, and heavy rains wash it away resulting in serious soil erosion.

Tian and his team have been conducting a series of studies on the hydroclimate of the Loess Plateau.

Their goal is to provide scientific support for the formulation of policies and ecological plans for returning farmland to forest and grass, Tian says.

China has been implementing a policy of returning farmland to forest and grassland since the 1990s. Over the past two decades, a large amount of sloping arable land has been transformed into grassland and woodland, and the level of regional vegetation cover has been significantly improved to the point where the sediment making its way into the Yellow River has been significantly reduced.

However, while the vegetation has been restored, the evapotranspiration consumption of the Loess Plateau has increased dramatically, resulting in a sharp decrease in the runoff of the Yellow River basin.

If the density of vegetation is further increased, it might result in new ecological problems, such as soil desiccation, vegetation degradation and excessive consumption of water resources.

"Previous studies have only focused on how atmospheric activities affect the land surface, mostly ignoring how activities on the ground affect the atmosphere," Tian says.

"We are focusing exactly on this neglected link, as it has important implications for water resource management on the Loess Plateau."

Employing the resources provided by the supercomputing platform of Lanzhou University, Tian's team conducted a numerical simulation study on the regional hydroclimate of the Loess Plateau.

This was to assess the effects of large-scale vegetation on regional temperature, precipitation, water vapor transport and water vapor-precipitation conversion.

"Vegetation is a good means of carbon capture and can help mitigate climate change. However, large-density afforestation and vegetation development can result in excessive consumption of water resources," Tian says.

In Tian's mind, scientific assessment and demonstration are of great theoretical and practical significance for the sustainable management of future vegetation restoration and reconstruction on the Loess Plateau.

Tian says that the next step for the team is to design some feasible plans to prevent the retreating of forests and grassland, such as how to rationalize the layout and selection of grass or tree species and evaluate their impact through the tool of numerical modeling. This, he says, will provide scientific and reasonable suggestions about how to guarantee the sustainable development of vegetation construction on the Loess Plateau. 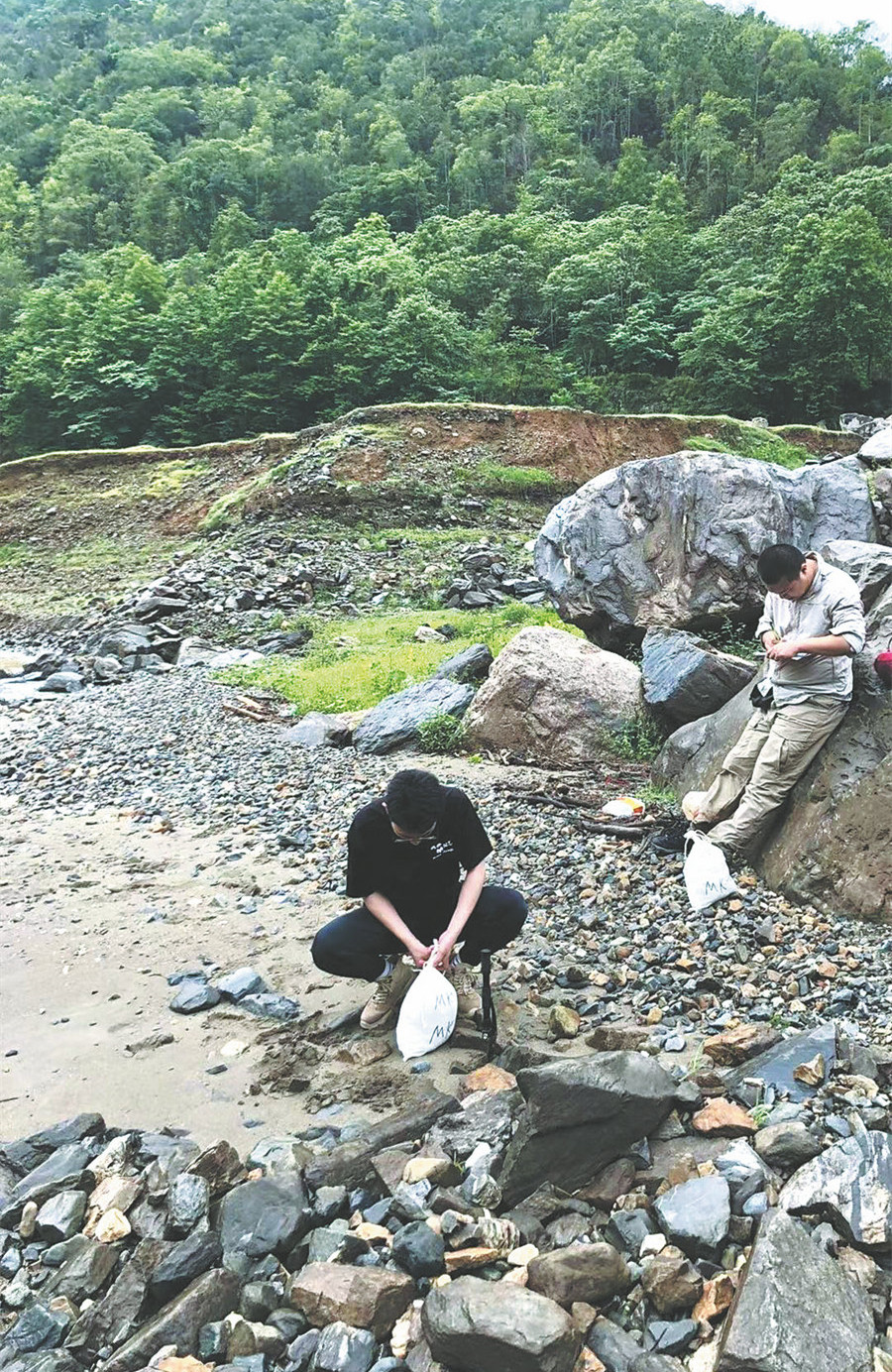