On the January 1th, Chang’e—4, following its successful launch, achieved human spacecraft’s first soft landing and rove on the far side of the Moon. Xi Jinping, general secretary of the CPC Central Committee and chairman of the Central Military Commission, cordially met project representatives and gave high remarks to this mission. He said that under the principle of independent, cooperative, and open innovation, this groundbreaking accomplishment was seen as a major milestone for China’s lunar exploration, achieving human spacecraft’s first rove on the far side of the Moon.

Professor Ximeng Chen and Professor Jianxiong Shao from Lanzhou University undertook this scientific and engineering task after Chang’e—3. They mainly take on the design of key installation of Chang’e—4’s soft landing—altitude detecting curve of γ-sensor and environment simulation of the landing to the moon when the lander near the side of moon. They also undertook the mission of the general design of Chang’e—4’s γ-sensor and ground analogue equipment, making outstanding contributions to the accomplishment. 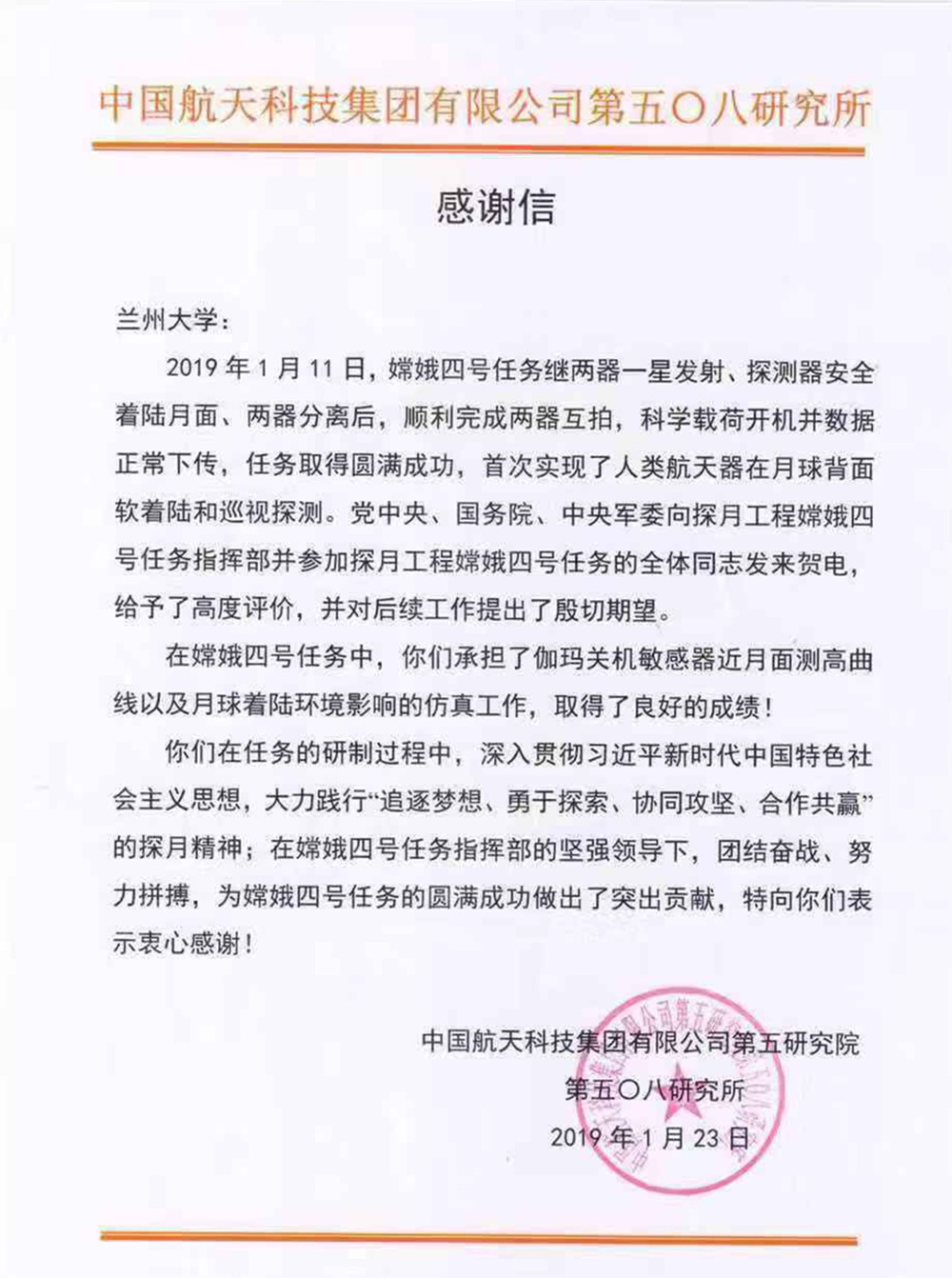