Recently, Ebiomedicine, branch of The Lancet, an internationally medical journal, published an academic paper entitled “Human gingival tissue-derived MSC suppress osteoclastogenesis and bone erosion via CD39-adenosine signal pathway in autoimmune arthritis”, which was finished by Luo Yang, a chief physician from Department of Neurology of the First Hospital of Lanzhou University. In this study, researchers successfully separated GMSCs from human gingival cells and transferred the model for treating arthritis of mice. It shows that GMSC not only can be used for anti-inflammation but also has a strong potential to inhibit the differentiation of osteoclast and to promote bone regeneration in the state of autoimmune dysfunction. It was also found that CD39/73-adenosine mediate signaling pathways GMSC’s molecular mechanism which is responsible for immune modulating function, proving GMSC’s potential in treating autoimmune diseases. 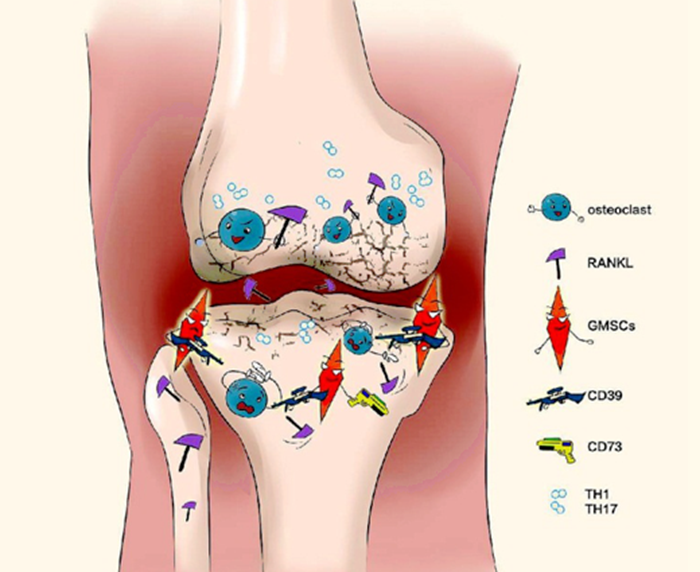