Soil salinization is one of the major abiotic factors seriously restricting plant growth and crop yield. Studying the salt-tolerance mechanisms contributes to improving the stress resistance of plants, and is of great significance for agricultural productivity and ecology restoration. Recently, the research team of Prof. Suo-Min Wang in the College of Pastoral Agriculture Science and Technology has published three research findings in terms of plant salt tolerance, which provides a new perspective for exploring plant salt-tolerance strategies at different levels. 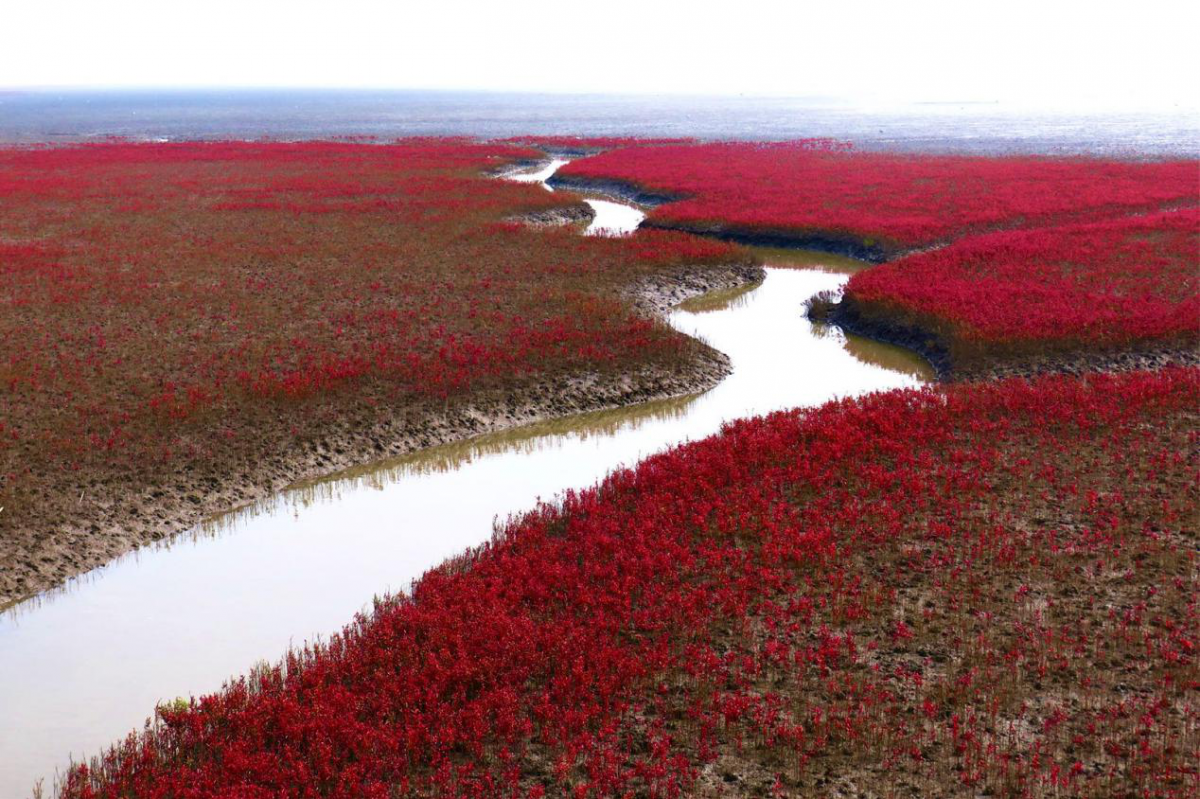 Figure 1 The landscape of "Red Beach" formed by Suaeda salsa in the wetland in Panjin City, Liaoning Province 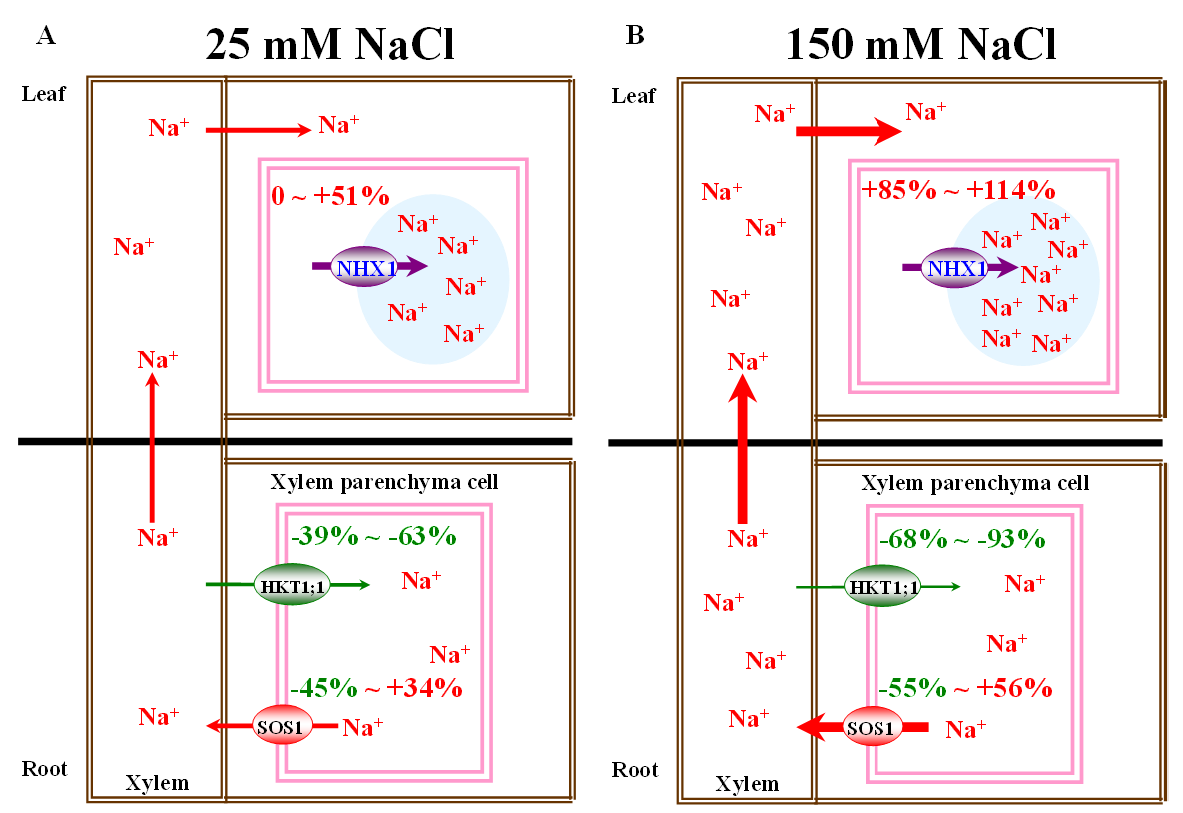 Figure 2 The schematic model for the synergistic effects of SsHKT1;1, SsSOS1 and SsNHX1 in regulating Na+ transport in S. salsa under different NaCl conditions 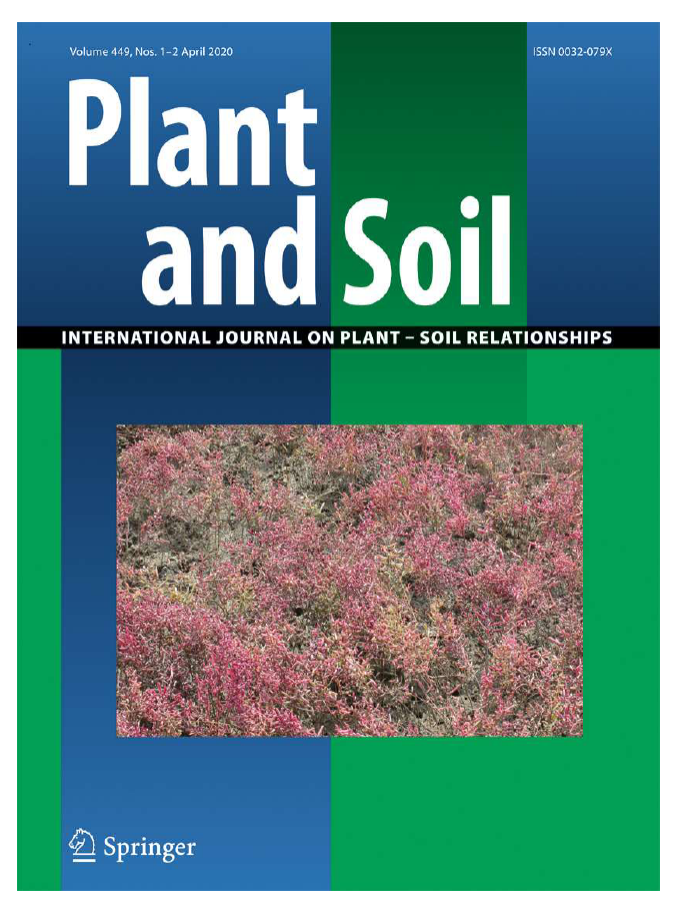 Figure 3 The research paper concerning S. salsa was chosen as the cover paper

The typical halophyte Suaeda salsa is widely distributed in the saline-alkali beaches and inland saline soils, which could form a magnificent landscape of "Red Beach" in the autumn (Figure 1). S. salsa is not only a pioneer plant for ameliorating saline-alkaline soil, but also an important component for maintaining the wetland ecosystem which is well-known as the "Lung of the Earth". This species has great application values in vegetation restoration and wetland protection. The study concerning the Na+ transport mechanism of S. salsa at the whole-plant level revealed that, under high NaCl conditions, the synergistic expression of the Na+ transporter gene SsHKT1;1, SsSOS1 and SsNHX1 plays a crucial role in alleviating the Na+-toxicity by transporting a large quantity of Na+ into leaves and then sequestering them into vacuoles (Figure 2). This research was entitled “SsHKT1;1 is coordinated with SsSOS1 and SsNHX1 to regulate Na+ homeostasis in Suaeda salsa under saline conditions” and has been published as the cover paper (Figure 3) in Plant and Soil in April 2020 (Paper link: https://link.springer.com/article/10.1007/s11104-020-04463-x). Dr. Wen-Ying Wang, Master Ya-Qi Liu and Dr. Hui-Rong Duan are the co-first authors, and Prof. Suo-Min Wang is the corresponding author. 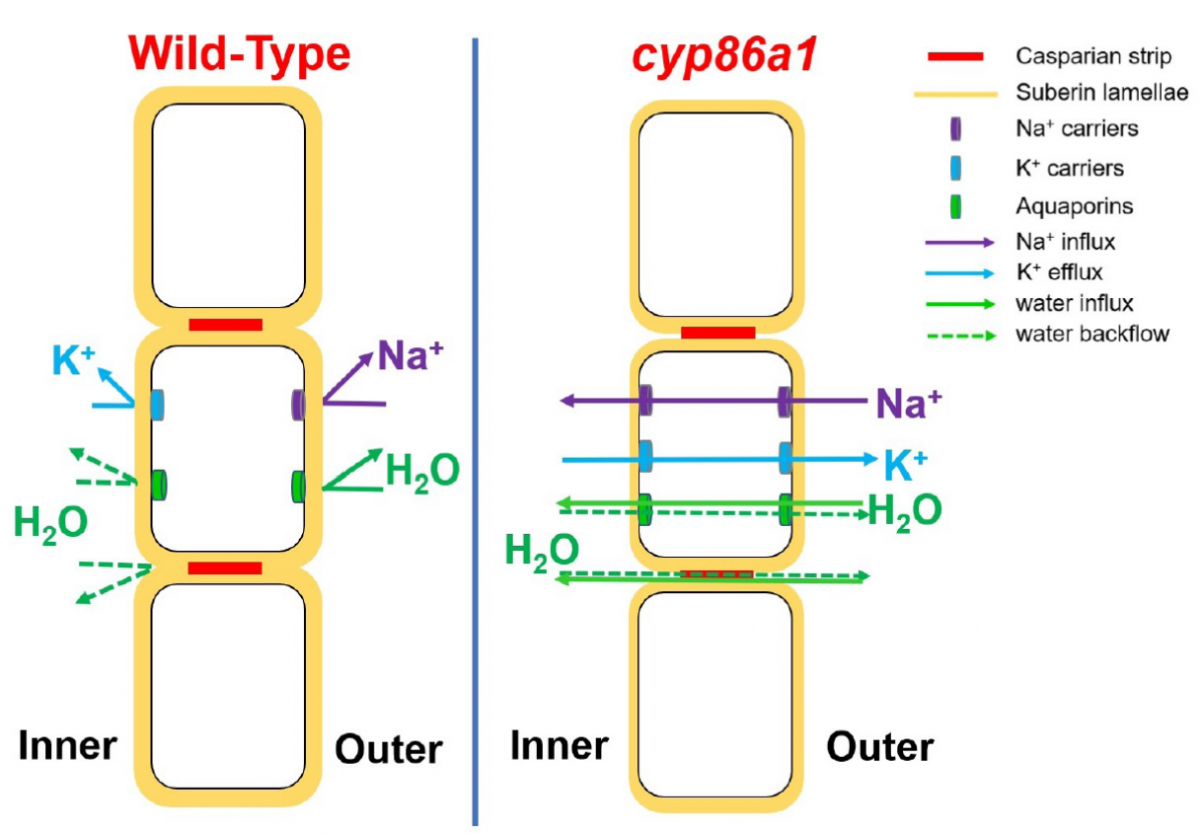 Figure 4 The schematic model for the function of suberin in limiting Na+ influx, K+ efflux and water backflow in root endodermis under saline conditions

Compared with halophytes, non-selective uptake of Na+ is one of the major reasons leading to the salt sensitivity in most glycophytes. Suberin, a cell-wall-associated protective barrier in root endodermis, is thought to play an important role in limiting Na+ absorption, yet its specific mechanism has not been fully elucidated. By cooperating with Prof. Owen Rowland in Carleton University in Canada, who is the Cuiying Chair Professor of Lanzhou University, Prof. Suo-Min Wang’ team found that in the model plant Arabidopsis, root endodermis suberin contributes to restricting the transcellular Na+ influx across endodermis into the vascular tissue rather than apoplastic influx, meanwhile, reducing the efflux of water and K+ to the medium, thus conferring plants strong salt tolerance (Figure 4). This research was entitled "Aliphatic suberin confers salt tolerance to Arabidopsis by limiting Na+ influx, K+ efflux and water backflow" and published in Plant and Soil in March 2020 (Paper link: https://link.springer.com/article/10.1007/s11104-020-04464-w), Dr. Pei Wang and Ph.D. candidate Chun-Mei Wang are the co-first authors, Prof. Suo-Min Wang and Prof. Owen Rowland are the co-corresponding authors. Prof. Timothy Flowers, the world-famous plant physiologist who works in University of Sussex in the UK, provided guidance to the above two studies. 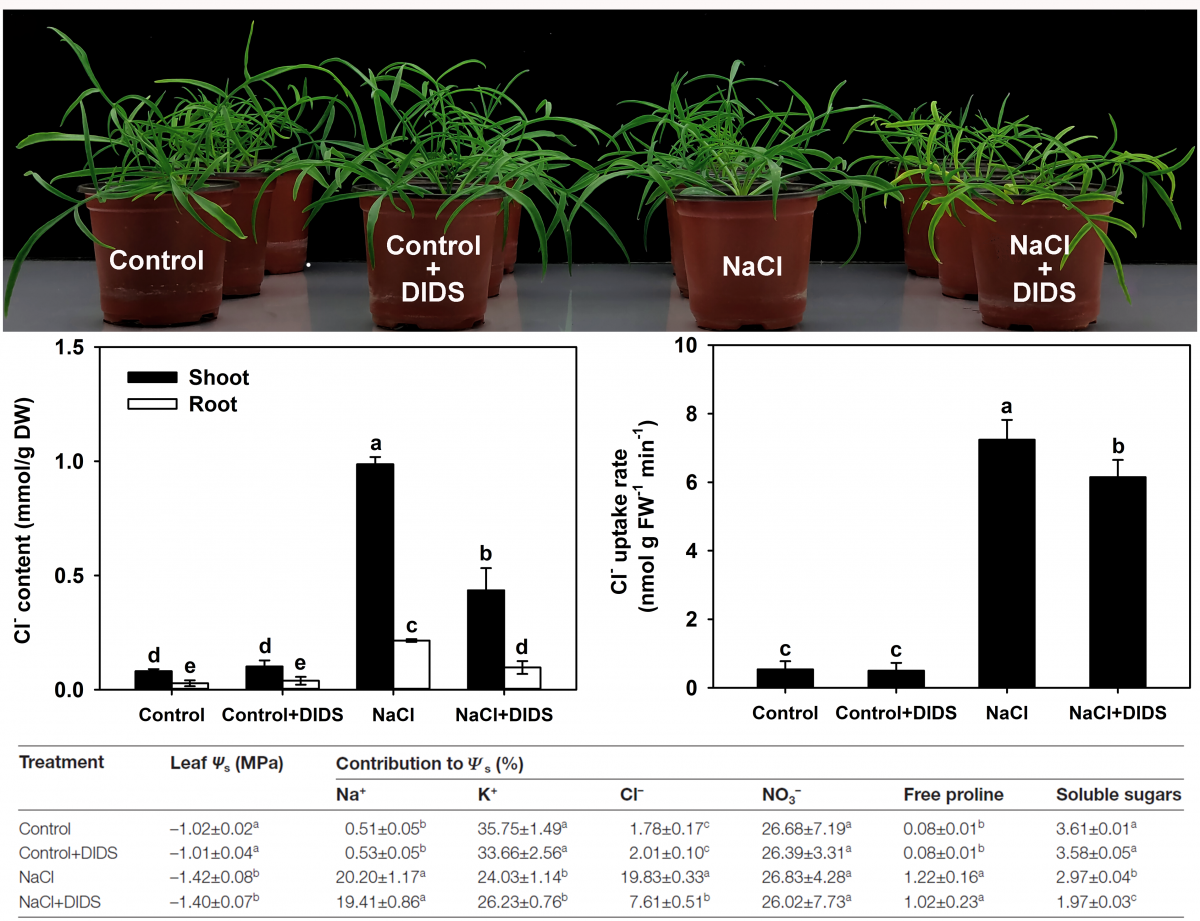 Except for Na+, the excessive Cl- in saline soil is also one of the major ions restricting plant growth. To date, Cl- has been relatively neglected by researchers, especially the function of Cl- in stress resistance of halophytes and xerophytes has not been recognized. The research group of Dr. Qing Ma, the member of Prof. Suo-Min Wang’ team, recently revealed that the xerophyte Pugionium cornutum widely distributed in the desert areas of northwestern China is a typical Cl--tolerant species. Under salt stresses, P. cornutum could efficiently transport the majority of Cl- absorbed by roots into shoots and use it as a beneficial osmoticum, which is an important physiological strategy for P. cornutum to cope with saline environments (Figure 5). Unlike glycophytes, P. cornutum was able to maintain NO3- homeostasis in its shoots when large amounts of Cl- were absorbed and accumulated, which might be another important trait associated with salt tolerance in this species. This research was entitled “Chloride is beneficial for growth of the xerophyte Pugionium cornutum by enhancing osmotic adjustment capacity under salt and drought stresses” and published in Journal of Experimental Botany (Paper link: https://academic.oup.com/jxb/advance-article/doi/10.1093/jxb/eraa158/5812630). The Ph.D. candidate Yan-Nong Cui is the first author, Dr. Qing Ma is the corresponding author.

The above research results further supplement and extend the understanding the salt-tolerance mechanisms in plants, and provide a theoretical basis for the genetic improvement of stress resistance of important crops and forages. These achievements were supported by the National Natural Science Foundation of China and the Fundamental Research Funds for the Central Universities. Lanzhou University was the first institution.