【China Daily】Learning and leading by a brave example 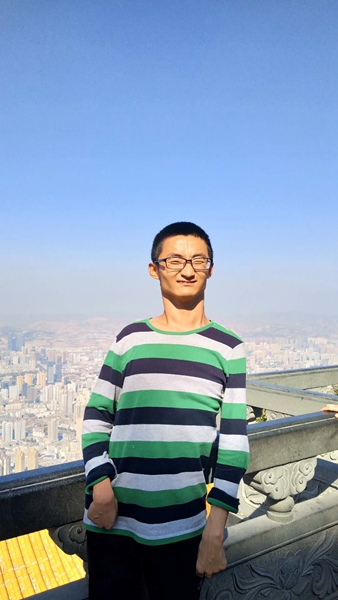 Xie, 28, is from Lanzhou.[Photo provided to China Daily] Xie Yanting is a familiar and much-respected figure to people in Lanzhou University. He has been on the campus as an auditor for nine years.

Xie, 28, is from Lanzhou. He was diagnosed with cerebral palsy when he was a baby. The disease robbed him of many physical functions but it did not damage his mind. He is fully engaged with his doctoral studies at the university.

Xie still finds his own path and continuously makes outstanding progress in his academic study.

When Xie was younger, his parents took him all over China to seek medical advice, but his situation didn't improve.

When Xie reached school age, none of the elementary schools nearby allowed him to enroll due to his illness, so his parents decided to teach him at home. Their tuition continued until Xie was 15 when his father died of a heart attack.

"After his father passed away, I could not do it alone. He was at senior high school level, and those subjects were beyond my capacity to teach," Liu Xiaofeng, Xie's mother, says. As a result, Xie mainly learned by himself, and sometimes consulted his grandfather, who attended university in the 1950s.

In 2011, Xie's peers did the college entrance exam, and he also applied to sit the test.

Since he could not control his hand fully, his handwriting was hard to decipher. So he decided only to answer choice questions and practiced filling in the answer sheet before the exam.

Xie achieved an incredible 262 points out of a possible 280, but still, he couldn't get admitted to any university.

To realize Xie's dream of attending a university, Liu helped him to apply to be an auditor at Lanzhou University and to sit in on the classes of the university's school of mathematics and statistics.

"He is good at math, physics and chemistry, but the latter two majors require students to do experiments, which he may not complete with his hands. So he chooses to learn math," says Liu.

"I don't have nimble hands and feet, so I can only depend on my brain. Learning math is suitable for me since I like the ecstatic feeling I get every time I solve a difficult math problem," Xie says.

Xu Shoujun, a professor at the school, soon noticed the "strange "student who seemed to have difficulty controlling his body, but often stared at the blackboard very carefully.

Xu was moved by his persistence. "He has a strong thirst for knowledge, and attended classes as diligently as others even though his name is not on the school roll. I made up my mind to help him pursue his dreams."

Xu noticed Xie could not write notes in class. So he came up with a secret code. "When I finished explaining something in class, I observed his expression to judge whether he understood it or not. If he nodded, then I knew he got it, if he frowned, then I would explain one more time," says Xu.

Xu also communicated often with Xie during break. At first he could not understand Xie, so he wrote everything down to confirm it was correct. Eventually they reached an understanding.

After finishing his undergraduate studies, Xie continued his studies at Lanzhou University under Xu's guidance, and published an essay in the academic journal The Australasian Journal of Combinatorics in 2017, and another on Applied Mathematics and Computation in 2019.

He relishes graph theory in math, which requires him to draw graphs for demonstration. Drawing is hard, and what others can finish in one hour often takes him a whole day. Moreover, he has formed the habit of not drinking water before and during class, so that he doesn't need toilet breaks.

In 2018, Xie took all the courses required, passed the exams and the thesis defense successfully, and completed his graduate studies. Although he could not get a master's degree as an auditor, the title "honorary graduate student" was conferred on him by Lanzhou University.

"Xie touched teachers and students with his spirit and persistence, contributed to our school with his efforts, and impressed society with his smile," says Yan Chunhua, president of Lanzhou University.

He has since embarked on his doctoral studies and hopes to devote himself to further academic studies in the future.

"His academic level is above average among all my graduate students. When he finishes his doctoral studies, I believe he will make contributions to China's academic studies," says Xu.

Xu says he respects Xie and his family members' willpower, as well as his courage as an auditor who cannot achieve a standard degree, but still insists on studying for so many years.

But Xie believes he has achieved much from the auditing years. "I have learned many solutions to solve problems and a lot about life over the past nine years, and that is much more important than a degree." 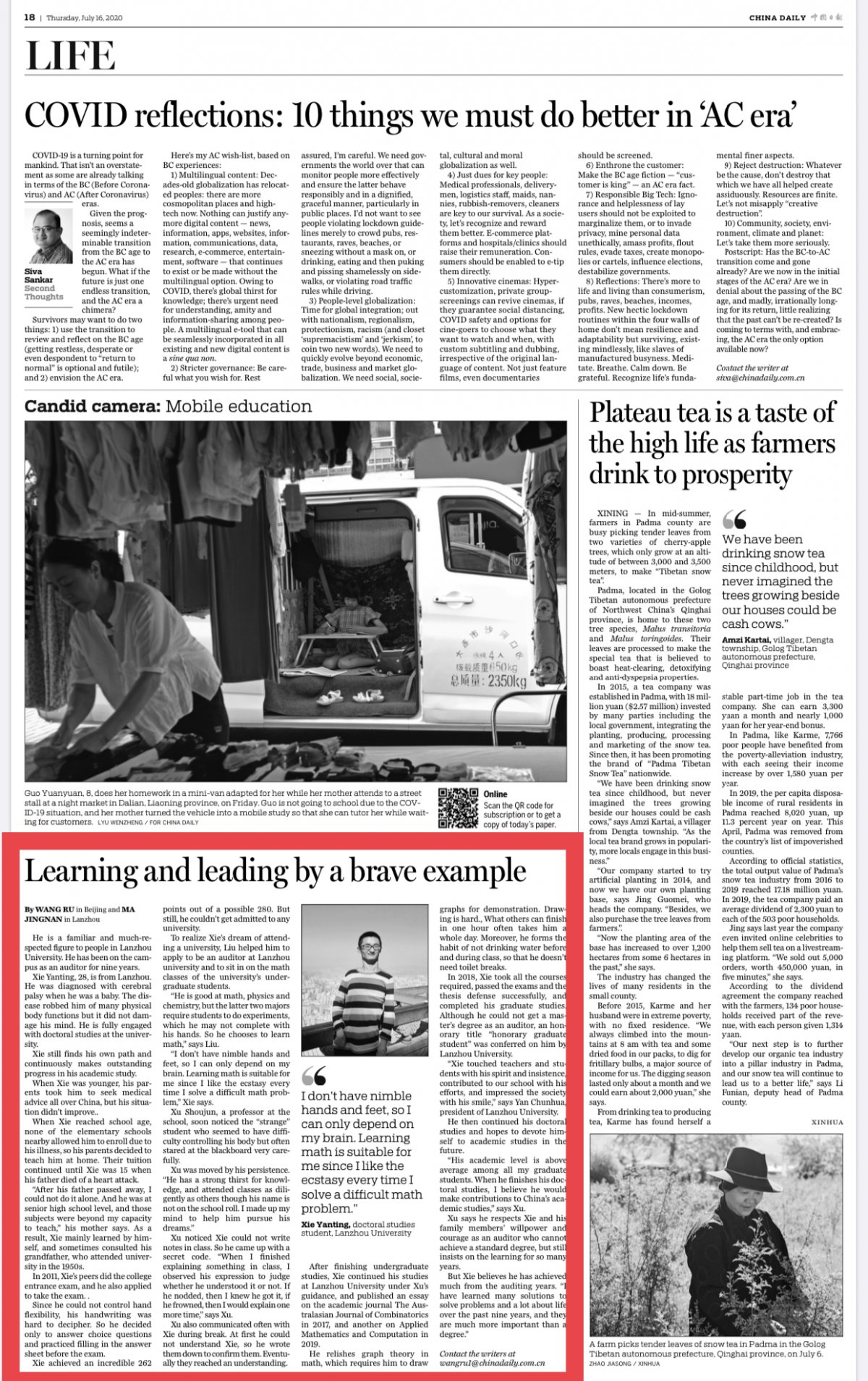